Beyond Hollywood is reporting that Reese Witherspoon has joined the cast of Passengers and will play Keanu Reeves’ love interest, Aurora. The presss release announcing that Exclusive Media had picked up international distribution rights implied that she was a go but it now appears to be confirmed. This report is saying filming will start in early January 2014. A previous report said the shoot was being planned for Montreal.

The entire announcement is here.

Update: With respect to the shoot taking place in Montreal, it came from The Hollywood Reporter in the original announcement that Witherspoon was in talks for the film.

Reeves is producing the movie with Stephen Hamel and Ben Browning. Michael Maher is exec producing. The project is expected to be presented to buyers at Cannes.

A shoot in Montreal is being planned.

Mr-Reeves is an unofficial fan site that is NOT affiliated with Keanu Reeves. I have NO contact with him or any of his representatives.

Mr-Reeves.com is on instagram as Mr_R_News_Blog. I own the domain name and the website, mr-reeves.com and have not given anyone permission to use my site link on any social media platforms.

I am NOT associated with this IG copycat imposter! 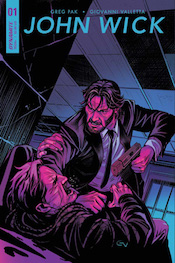